Sir Mike Penning MP joined actress, national treasure and campaigner Joanna Lumley outside Parliament on Tuesday (16 Nov) as she was celebrating news that the Government had just announced that it was to agree to the main aim of her Stop Sea Blasts campaign. 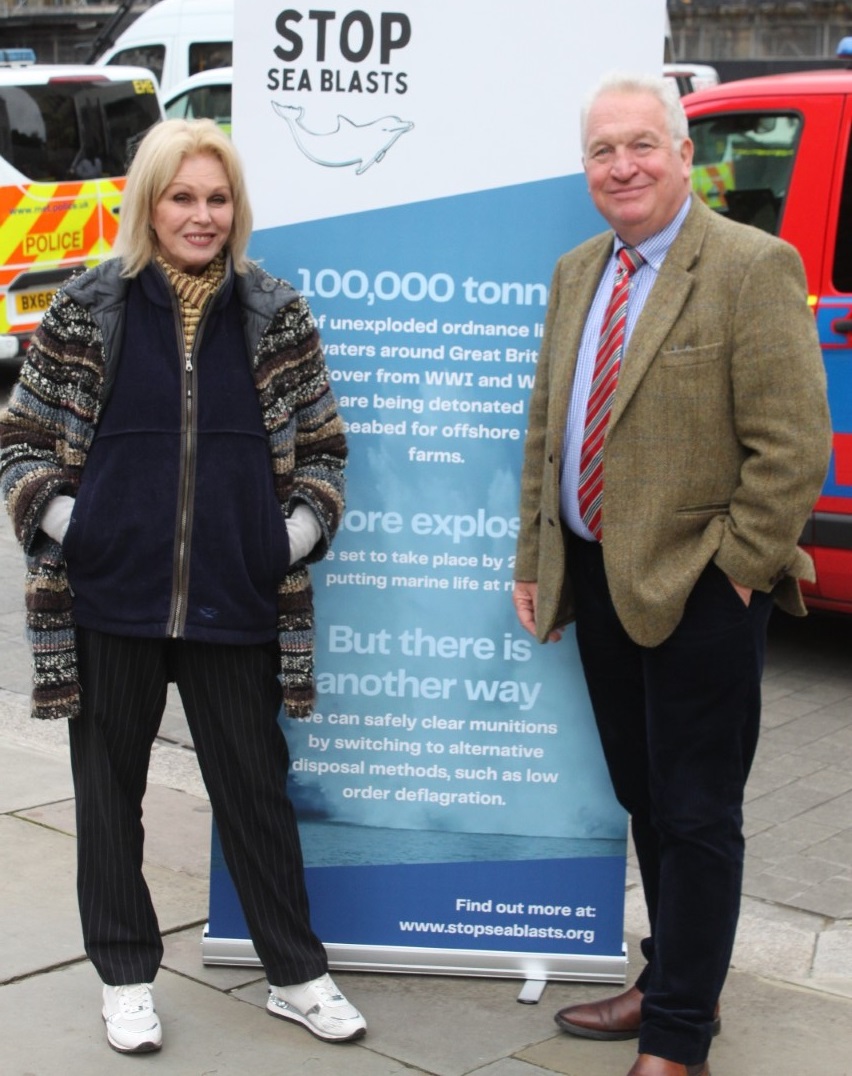 The campaign was calling on the Government to require that the clearance of unexploded bombs from the seabed, a task that is often required to make sure areas are safe for offshore windfarm development, is done using more environmentally friendly methods.

Currently, these unexploded bombs are cleared by simply blowing them up. The resulting sound and shock waves cause immense harm to the hearing systems of whales and dolphins, kill fish and damage the seabed. The huge detonations are widely believed to be responsible for mass strandings of whales and dolphins that become disorientated by the shock waves. However, there is a clearance technique that simply burns out the explosive without detonating it. This process, known as low order deflagration, has been used by a number of navies around the world for many years and is now being brought into the civilian commercial world.

There are thought to be around 100,000 tons of unexploded munitions in UK waters and the amount requiring clearance is set to increase significantly as the number of offshore windfarms grows as the UK continues to ‘green’ its electricity production.

“I’m absolutely delighted to hear that the Government have acted on this matter.  I’ve been a long-standing supporter of this campaign and it stands to reason that if there are quieter and less damaging ways of clearing these unexploded munitions then they should be used. Ms Lumley has a great track record of supporting important causes and I was thrilled to be able to personally congratulate her.”