Sir Mike Penning, Member of Parliament for Hemel Hempstead, spoke in the House of Commons last week calling for a debate on the lack of accountability of senior managers in the NHS. 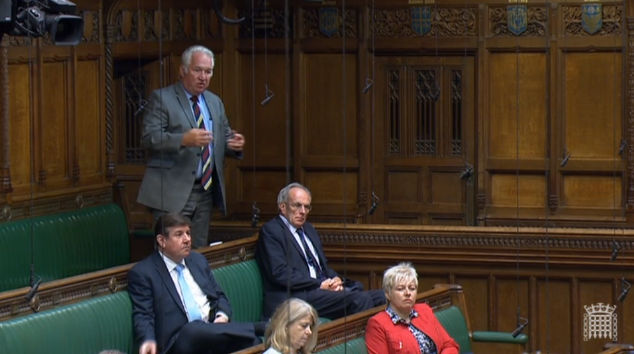 Sir Mike asked how it is possible that the Prime Minister came to Watford and promised a new hospital only to be overruled by the West Herts Hospitals NHS Trust who want to rebuild the existing hospital?

“It is incredible that senior NHS managers, who are earning more than the Prime Minister, are supposedly serving their local communities and are not held to account in any way.

“Local people pay their wages and deserve to have their views heard. The people of West Hertfordshire have made it clear, time and time again, that they want a new hospital that serves all three major towns in the area equally. The Prime Minister even came to Watford to announce that there would be a new hospital.

“Instead, for reasons we can only guess at, the Trust management are insistent on rebuilding on the current site in the middle of Watford, right next door to the Football Club.

“This is a once-in-a-lifetime opportunity. Let’s build a new hospital, on a new site, somewhere between Watford, Hemel Hempstead and St Albans that is easily accessible to all, has plenty of (free) car parking and room for expansion in the future.

“Surely it is a no-brainer?”